New! The game Swamp Attack v4.1.4.291 (MOD, Unlimited Money) in which you have to defend your swamp house from crazy animals. You will have to survive in this wild place, where there is nowhere to wait for help and your hut and radio are all that you have. Fight off waves of creatures and zombies that do not know pity. 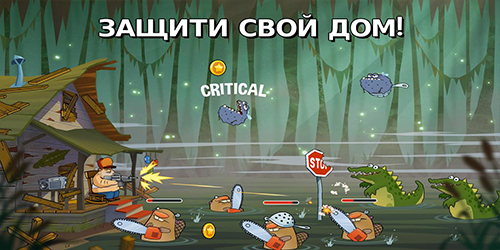 The game Swamp Attack, the meaning is very similar to the game Plants vs zombies , here you also protect your home not only with plants, but with a variety of weapons that you can buy as the game progresses. The weapons in the game are very different, from an ordinary shotgun, to soup bombs that take down a lot of people with an explosive wave. 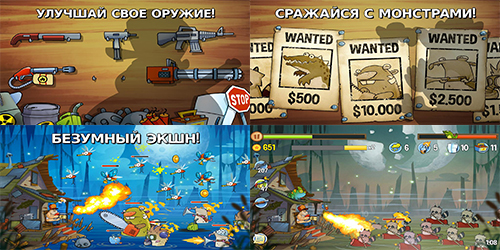 As for the whole game Swamp Attacks on Android (Swamp Attack), then such games on Android are becoming more popular every day. The game can be attributed to strategies, in subsequent levels, which by the way are 78 pieces, in 4 episodes you will have to think and calculate who to shoot first. As a result, the game receives the highest rating from LivePDA.En and we advise you to play it, well, at least try it! 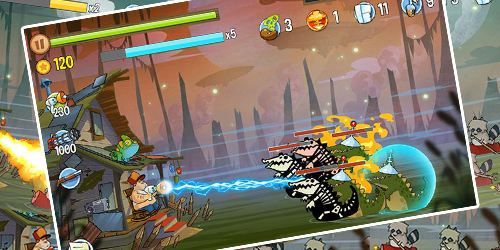 Meet the new improved version of the game, in which a lot has been changed and improved, and most importantly, more levels have been added to complete. Download the game right now!

At the moment, a lot of new things have been added to the game, including Swamp Attack MOD 4.1.4.291 version of the game where a lot of money is added to the site.